Rico Suave and Douchebags: They have more in common than you thought!

Are you fucking serious?  You proposition me for sex, then send me pictures of other women, telling me how “smokin’ hot” they are?  Does this normally work for you?  How does one get so Rico Suave??

But you don’t stop there, because obviously, there is no end to your coolness.  You send me a picture of some chick, who seemingly wants you so bad she won’t leave her husband for you, sans clothing.  Yes, you read it correctly–naked.  Full frontal, all her lady bits hanging out for god and everybody to see, including her monkey face with the upper lip (on her face) that needs waxing.  I am unsure if the other parts of her need waxing, because I didn’t look that close, but what possesses even a Fuck Stick like you, to send another woman pictures of another naked woman, who you are claiming to have been intimate with?

First of all, ladies, I can’t stress this enough, DO NOT EVER SEND NAKED PICTURES TO A MAN WITH YOUR FACE INCLUDED IN THEM!!  I thought this was just good common sense, but the ability to do something like text naked pictures to fuck sticks, has obviously overridden some women’s common sense.  I am not telling you not to “sext”, but let’s be a little bit smarter about it!  I love to sext just as much as the next horny chick, but if you’re going to send a man “those kinds of pictures”, don’t ever include your face!!  These could be used against you at some point, or just used in general by a Fuck Stick, who I guess is trying to make some sort of point by sending it, but I’m not really sure what the point is. 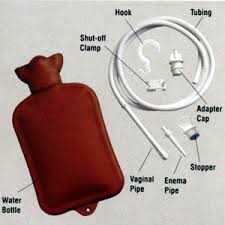 It’s that he must be an even bigger douchebag than I thought he was!

Posted in Relationships, Uncategorized and tagged don't include your face in a sext picture, how fucking stupid can you be?, OMG you're such a douchebag, that's not the way to get laid, whatever happened to Rico Suave

43 thoughts on “Rico Suave and Douchebags: They have more in common than you thought!”

Dirty, Naked & Happy
The Dusky Blogger
Eye Will Not Cry