I was never good at walking away

barrages of gunfire from the arsenal

which is my wounded soul

you stand and take it all like a soldier

I wonder where your armor has come from

and how you dodge my bullets

Why do you stay?

What makes you dig in

and establish a bunker which can’t be penetrated by my ammunition?

run far away from my enemy lines

and the grenades I lob to keep you at a distance

You stay strong through the fire fight

never once raising the white flag of surrender 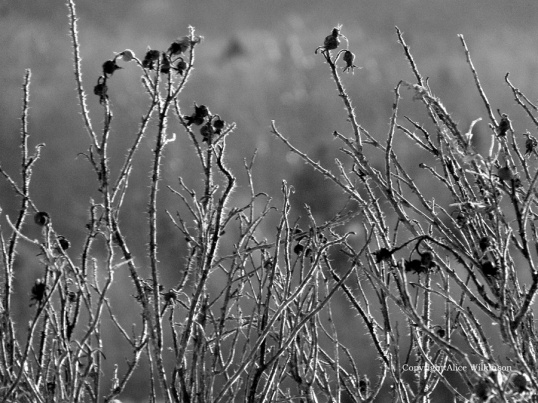 scratch along the ground,

blown by a ceaseless howling wind,

which echoes the sounds of my soul

scrape against the weathered wood of the fence,

knocking at my door trying to gain entry

why do you hunt me?

constantly searching for the shell I have become

even camped in the depths of despair,

you persist in driving me further down

I’m lost forever to your darkness

The brush moved deftly over her cheeks, giving definition to the bone structure; making more prominent her deep dimples when a smile lit up her face as it so often did. Her plump lips shone with dark lip gloss that contrasted beautifully the rich cafe au lait of her face. She decided to use the […]

I’m a surly sourpuss and

You’re. . .  fingernails on a chalkboard

and a paper cut with salt in it

and the itch that can’t be scratched

and the screaming neighbor kid

and a piece of hair in my mouth

and the peppercorn in between my teeth

and the underwear that crawl up my ass

and the jeans that let my ass crack hang out

and the package that never gets her on time

and the customer service agent whose English can’t be understood

and the gum on the bottom of my shoe

and you’re the late plane

and the early departure

and the crack in the sidewalk to be tripped over

and the lukewarm coffee

and the slow driver

and the road construction

and the black ice

and the long nose hair

and the bum wheel on the grocery cart

and the bird shit on my freshly washed car

and the hole in my favorite pants

and the broken underwire in my bra

You’re just annoying the fuck out of me, so get out of here and leave me alone.

I feel honored the beautiful wordsmith Hasty, of Hasty Words, allowed me to post about some of my personal shame for her #BeReal series. Head over and check it out, and keep hanging around for some really amazing writers.

The load of shame I carry on a daily basis weighs me down.

I wish I could tell you when I picked up this particular baggage, but I cannot.  I’ve carried it so long, that it’s become a part of me; melded into my marrow.

My shame stems not only from things I’ve done, but also from things which have been done to me.

Lately, I’ve been feeling especially shameful about one thing–my addiction to cigarettes.  You see, I recently started smoking again after having quit almost 5 years ago.

It started out fairly harmless, a puff of a friend’s cigarette here and there when drinking. . .then a few more puffs. . . then half of a cigarette. . .and then whole ones, but still only on the weekends if I was drinking. . .and then here came the stress of…

***UPDATE–Miss Cleo was waiting for me when I got home last night!!  She’s got some scabs on a back leg and is hobbling around–she mumbled something about a bar fight–but other than that she seems to be no worse for the wear.  Of course she’s grounded, but it doesn’t seem to be bothering her at this point since she’s getting canned food to help her rehydrate. Thanks to everyone for the kind words of support!! 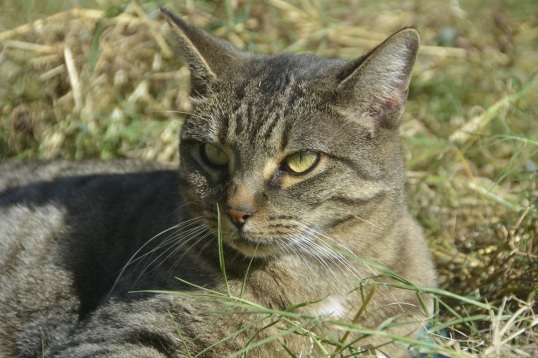 This is my beautiful girl Cleo, short for Cleopatra, because even though she was the runt of the litter, she acted like a queen from the moment she entered our home, so the name fit her perfectly.

She’s my indoor/outdoor cat.  I prefer to keep my cats indoors, but there was no keeping this one in!  She’s stubborn and has a mind of her own, and absolutely adores being outside except when it’s rainy and really cold.  Even with snow on the ground, she will venture out to soak up the sun if it’s shining.  If I’m outside, she loves having the company, and will follow me around the yard while I weed flower beds, or lay on the patio table trying to get my attention so I will scratch her head, or give her air kisses.

She weighs in at about 8 lbs, and is petite, but won’t back down from a fight with the other neighborhood cats, which has resulted in a couple of abscesses, and scars on her ears. She keeps Mac, my other cat who is double her size, in line, and loves playing with Simon the dog.

She sometimes stays out all night when the weather is nice, and last Wednesday, after a 70 degree day, she didn’t want to come in when it was time for me to go to bed, so I left her out.  Usually she’s there the next morning and waiting at the door when I put the dog out first thing, but this time she wasn’t.

I still haven’t given up hope she’ll return, but each day I lost a little more.  I go to the door still expecting her to be there.  I imagine I hear her meowing.

She’s been part of my life for the last 9 years, and I don’t want to let her go.  The hardest part is not knowing what’s happened to her.

The Fallout of Hope 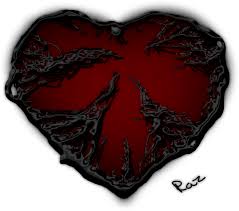 “It’s because you’re an optimist.”

What the fuck did he just say to me??

He was kidding.  He had to be kidding.

Me?  An optimist? Especially when it comes to me thinking about finding love??

My brain didn’t want to even think about the word!

My mouth didn’t want to form the “O” or purse my lips for the “P” of the first syllable.

I felt dirty.  Like he’d insulted me and called me the “C word”.

I pride myself on being a pessimistic realist–especially when it comes to that particular topic.

Was I losing my snark?  Was I allowing something which seemed to say “optimist” to peek through my rough exterior?

Is there some teeny tiny kernel of optimism which lives somewhere deep down inside my black heart which he caught a tiny glimpse of?

Or, worse yet, am I lying to myself?

Is there something within me that believes it’s possible for me to find love again, that there might be someone out there who will love me like I need to be loved?

For me, realism is so much easier than optimism, and pessimism kicks both their asses, because it means I don’t have to manufacture “hope” for love, because even if it were to happen, it would probably just go to shit anyway.

I think I started being a realist about love when, while carrying my son, his father left me for one of my best friends.

I became a pessimist when every man since then cheated on me with other women.

I doubt romantic love exists anymore, and so far, no man has shown up to disprove my theory.

Maybe, some day a great guy will come along, but I’m not holding my breath.

Until then, I will live in my cynical world, because it protects my heart from the fallout of hope.

In the spirit of St. Patrick’s Day, and because I’m really fucking thirsty right now.

What light through yonder window breaks?

It is the neon of my favorite beer sign,

and the glow of the jukebox!

The temptress, thy name be Miller light, she beckons me,

in her tall, frosty can of blue and gold,

Bring me to your lips my sweet,

Drink of my goodness,

Cleanse yourself of Monday through Thursday,

Wash it all away with my hops and barley.

The strife of your week can be seen upon your countenance,

it can be heard in the lyrics of your voice,

as you render a hearty belch to the gods of beer!

Oh, how I love thee!

Let me count the ways!

You never fail to let me down with your frosty goodness,

You take all my troubles away and leave me with wit and the ability to make merriment wherever I go!

but I’m not much good at math

and your words only seem to add up

always more than just the two of us

where I come from I can only do

I don’t need any other variables

making their way into my life

but you always seem to follow a particular formula

wanting a range of women

I am not an absolute value

obtuse in the figurative sense

and running perpendicular to love

merely a fraction of my former self

after your bisection of my life 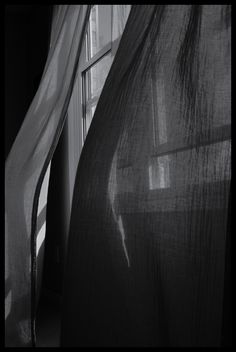 the breeze blows through the windows

carrying the scent of rain

my soul needs a deluge

to quench its thirst and

wash it clean of all that has sullied it

the thunder rumbles in my bones

has the power to free my soul

of the filth which inhabits it

it rains in vain

I doubt even death